The F16s Release Their End-Of-The-World Anthem: Sucks To Be Human 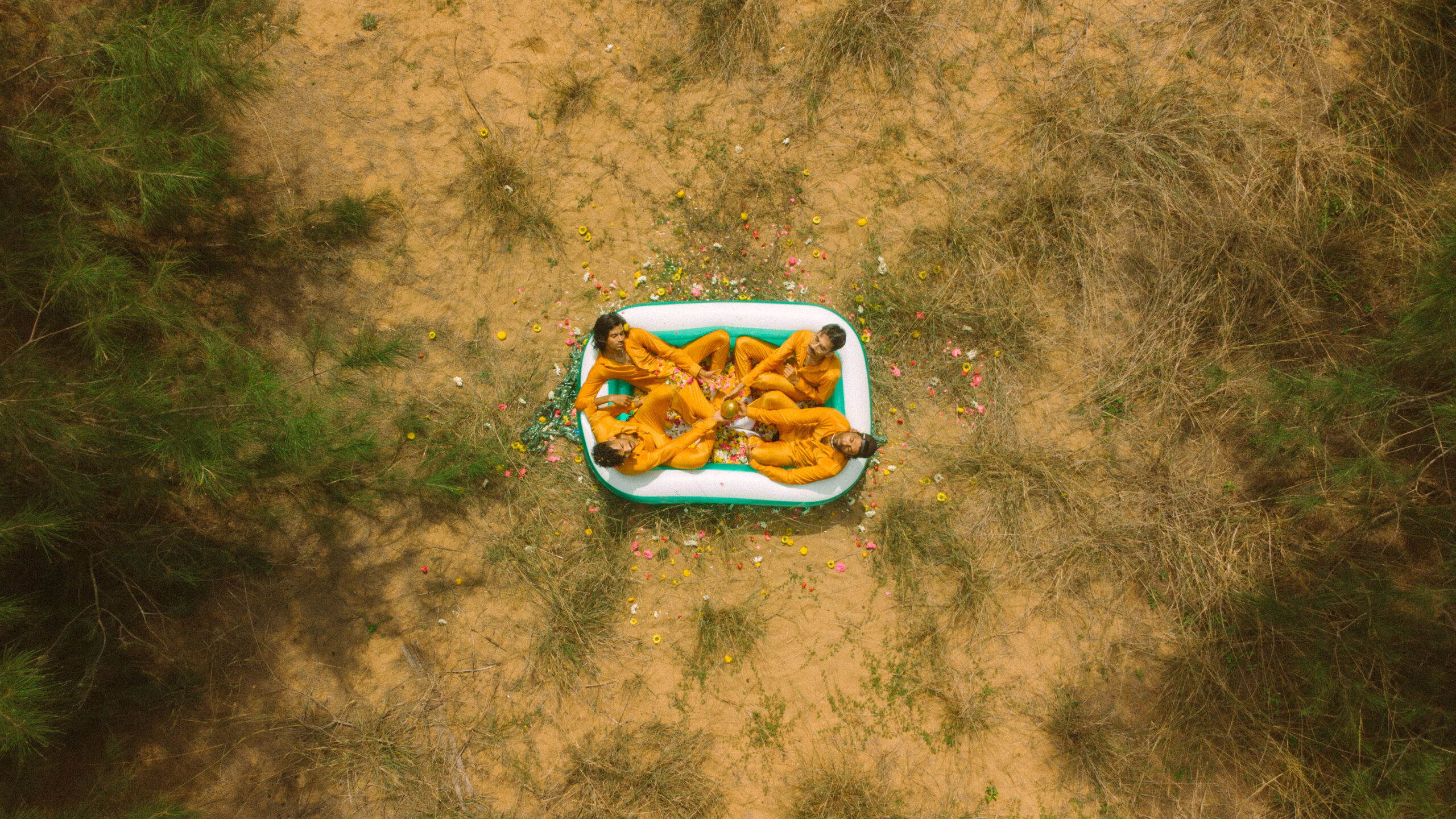 The F16s Release Their End-Of-The-World Anthem: Sucks To Be Human

After two EPs and a full-length, The F16’s return with their EP Is It Time To Eat The Rich Yet? and their latest surprise single, “Sucks To Be Human.”

The project is a paradoxically joyful celebration of the human condition under duress, scored by some of the finest pop music India has to offer.

Carrying on with their own distinct flair for smooth and vibrant alt-pop production, “Sucks To Be Human” is a physco-cosmic end-of-the-world anthem that leaves listeners dancing to their doom, or begging to be abducted. Following on from the other tracks on the EP that cover themes of disillusionment and discontent with the current state of our planet, “Sucks To Be Human” documents a relatable and pessimistic desire to leave this planet and all its corruption behind.

In despair, they sing, “How did we end up with a planet left in ruin? we’re fighting battles that we only keep on losing… apologies but it sucks to be human.” The music is paradoxically upbeat and lighthearted, the maximalist approach to this track is bursting with sci-fi synths, sparkling guitar lines, and grooving bass.

Is It Time To Eat The Rich Yet? reportedly sees the band pushing their sound to the furthest reaches of their influences. When the world was in lockdown the group holed up to write and record their EP, moving in together and bringing Harshan Radhakrishnan’s studio with them. Starting each day of the EPs production listening to Frank Sinatra and classic jazz tracks is an influence that shines through in the nostalgic groove and skillful brass arrangements on songs like “Trouble In Paradise” and “The Apocalypse.”

Throughout the day, the four would listen to a varied mix of genres from psych-rock to post-punk to trap music, with artists like Vince Staples and The Strokes on repeat, accounting for the diverse eclecticism of the record.

While the EP continues the Indian quartet’s long-held reputation for crafting escapist, pop-leaning indie rock, it also reflects the fact that we can no longer remain oblivious to the social, environmental, economic, and political injustice that plague our world. It shouldn’t be surprising that the members of The F16s saw last year as a year for the ‘awakening of the oppressed,’ especially in their native India, where the pandemic managed to further magnify the stark inequalities between the oppressed poor and working classes and the greed, negligence, incompetence of those in power. And as a result, the dreams of a “swimming pool and a yacht” on “WKND FRNDS” are completely shattered — and revealed to be vapid and silly.

”In some ways, ‘Sucks to be Human’ (STBH) truly encapsulates the feeling behind this record. It was recorded completely within that fateful April-May worldwide lockdown, and while the rest of the tracklist began altering itself, imbued with the trademark feeling of isolation, ‘STBH’ was moulded entirely from that feeling.  Imaginary and outer-planetary friends take the place of WKND FRNDS since weekends have all but melded into each other, the walls closing in as our protagonist recedes further within in search of an escape route. Why stick around when there’s entire universes to explore?”

For vocalist Joshua Fernandez, the song is about “human short-sightedness combined with their pride and willful ignorance literally destroying the world. Braindead rotting world of humans whose core existence depends on nothing more than consumerism and pop culture. No matter how many people you are surrounded by, no matter how similar we look, no matter how many similarities we have with other people you just feel like the world is not yours. Society is a hack. Can we please get abducted already?”

Stream The F16s’ single “Sucks To Be Human” and EP Is It Time To Eat The Rich Yet? now.

The F16s Release The…

by The Editors Of The Fox Magazine Time to read this article: 9 min 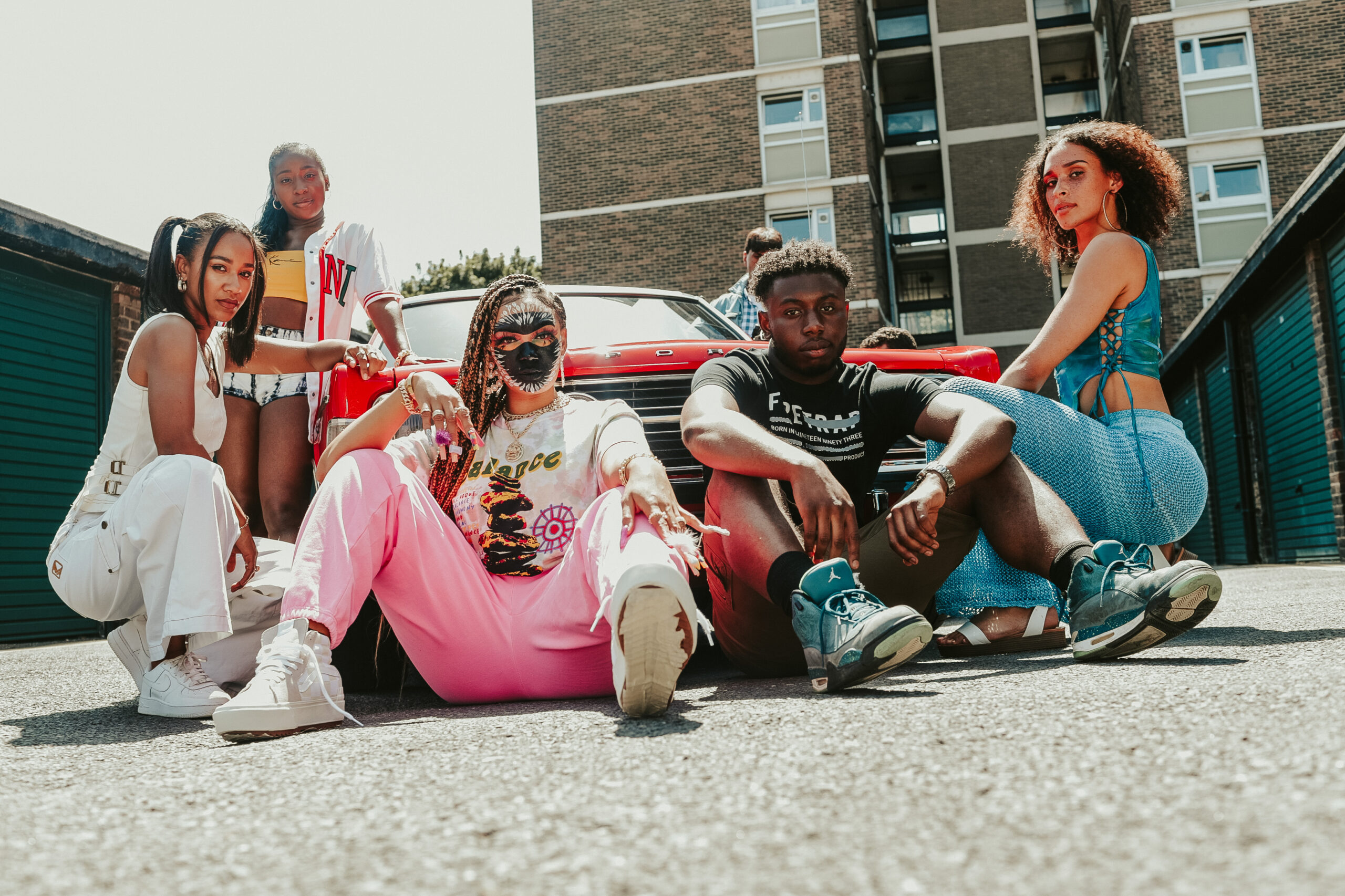