Releasing their new album Landscape via Frenchkiss Records on September 14, Brooklyn’s Future Generations shares the title track “Landscape” with fans the follow up to previously released single “All The Same.”

Throughout Landscape the 5-piece build their pop-minded songcraft with bursts of free-form experimentation. And while the album’s abundance of hooky melodies makes each song immediately catchy, they unfold with an intricacy of detail that reveals more nuance and depth with every new listen.

The band recently announced a massive tour of North America with dates that kick off September 18 at Philadelphia’s Johnny Brenda’s. The tour takes them to, among other markets, Los Angeles, CA, San Francisco, CA, Chicago, IL and Montreal, QC. The dates conclude with a hometown show at Baby’s All Right in Brooklyn, NY on October 26. The full tour is listed below and including already-announced summer dates. 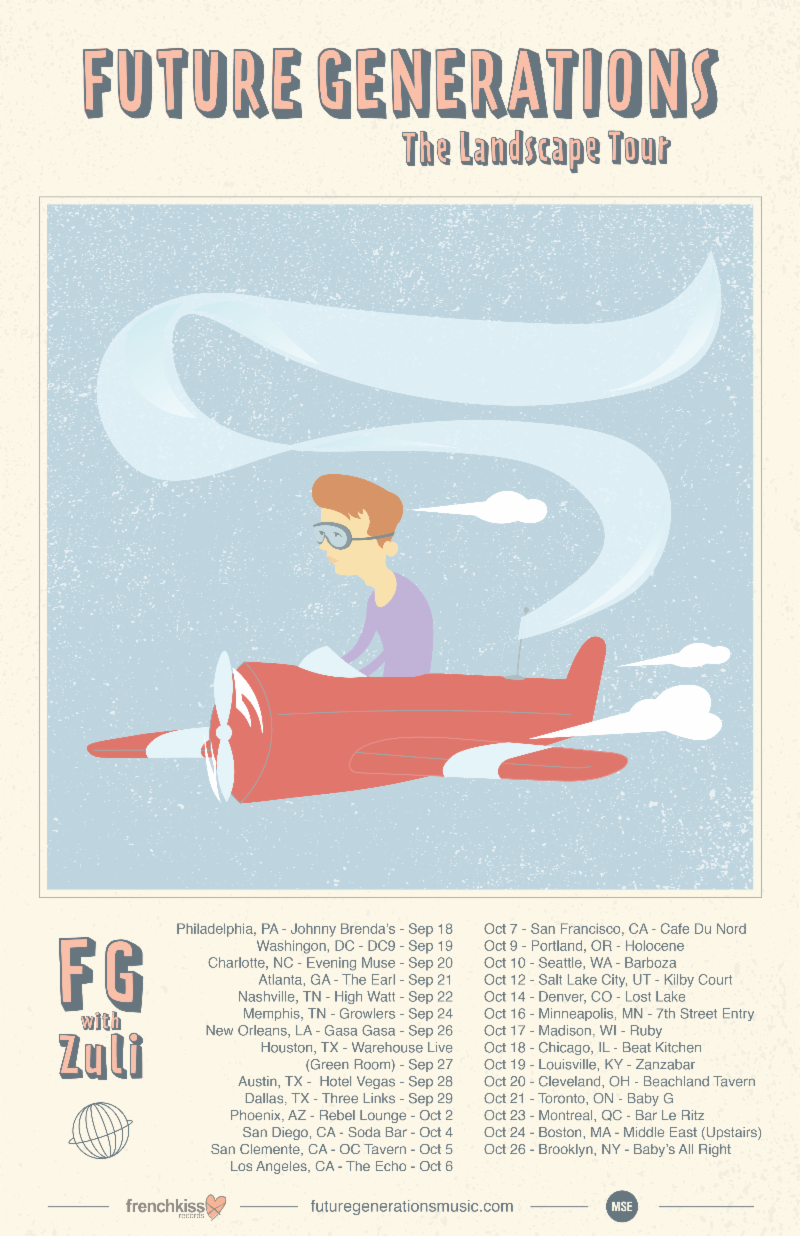