5 Most Expensive Clothing Fashion Brands In The World

5 Most Expensive Clothing Fashion Brands In The World

Some people see clothing as merely functional; they don’t want to spend too much time or money on it, and they don’t want to feel bad about themselves if they make the wrong choice. However, for others, clothing is a source of motivation, pride, and general good spirits.

Companies in the fashion business labor relentlessly to develop trendy masterpieces for the second group of individuals, but these creations don’t come cheap. The brands and their owners have also put in a lot of hard work over the years to build up their reputations. Many fans of their work from all over the world would spend any amount of money necessary to acquire a copy of their creations. That’s how far a taste for fancy clothes can carry us.

Everybody has had at least a fleeting yearning for the finer things in life at some point. Not to mention the fact that many companies attempt to imitate genuine brands, making it crucial to verify the authenticity of the product. Now, that is the tricky part, isn’t it?  But there are several companies that provide brand authentication services so you can make sure which one is genuine and which one is not.

Which brands do current fashionistas believe to be the most luxurious and desirable? If you want to dress in a luxury label, how much do you typically have to spend? Our review has all the information you need.

In its European boutiques, Louis Vuitton also known as Louis V or LV, after the initials of the company’s famous logo sell custom-made bags and clothing for exorbitant prices sometimes exceeding $10,000. Given their $130 billion in wealth, they are also the most valued business here. Fashion icons like Angelina Jolie, Emma Stone, and Sarah Jessica Parker are admirers of Louis Vuitton now that the brand has expanded into accessories and jewelry.

Some of the most costly items:

The Steiff Louis Vuitton Teddy Bear (the most expensive item on this list) costs $2.1 million.

For $1470, you may get a 100 ml bottle of Louis Vuitton’s Pur Oud, a perfume made with pure oud essence and released in a limited run of only 2000 bottles.

The French haute couture house Christian Dior’s Dior is not only one of the most valuable fashion houses in the world (whose current market value is over $68 billion) but also one of the most recognizable. Since its foundation in 1946, its women’s apparel and accessories have been featured prominently in fashion publications and tabloids.

Their most pricey accessories include a $2 million Haute Couture chartreuse gown and a $362,500 silver-encrusted brocade evening gown and matching bags. As for the former, Nicole Kidman wore it to the 1997 Academy Awards. Once owned by Elizabeth Taylor, the latter item was auctioned off in 2011.

Famous Dior endorsees include Charlize Theron and Natalie Portman. The line of women’s clothes and Dior Beauty goods, which includes some of the most expensive perfumes in the world, is the company’s bread and butter. However, Dior also caters to men with Dior Homme and to famous kids with Baby Dior. Jackie Kennedy was a well-known fan of Dior.

For an Italian fashion house that has only been established since 1978, Versace sure is inventive and pricey. It became well-known due to the unusual tastes of its founder, Gianni Versace, who preferred to use unconventional techniques and fabrics in his designs. Common elements of the label’s designs include metal mesh and crystal embellishments.

Dresses and jackets worn by stunning female glam models and celebrities have been the brand’s bread and butter. Elizabeth Taylor, Princess Dianna, Jennifer Lopez, and others have all modeled for Versace before. Over the years, the $1.91 billion firm has developed some stunning innovations. Most notably, Elizabeth Taylor’s “The Face” jacket included a rhinestone mosaic of the actress/model’s face. It went for $128,500 at auction in 2011. 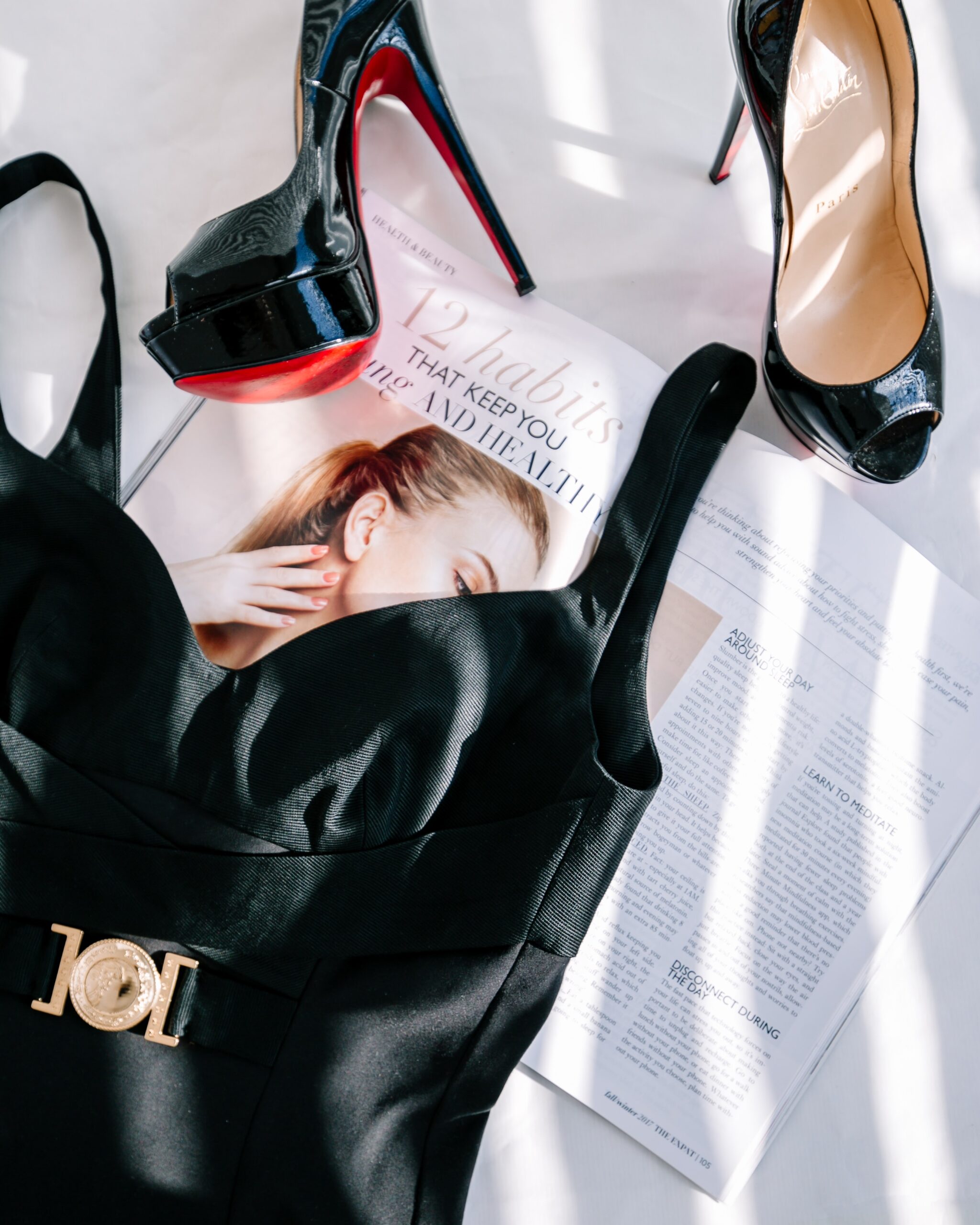 This French (Neuilly-sur-Seine) enterprise has been around for 112 years, and its name has become inseparable from luxury goods like perfume and haute couture. Chanel, named after its creator Gabrielle Bonheur Chanel, also known as Coco, set the benchmark for ultra-feminine, pop-culture-inspired attire.

Everything from blouses and jewelry to suits and trousers to those desired perfumes is designed by women and sold under the Chanel label. However, the company has also featured male models as endorsees. Currently, the grandsons of Pierre Wertheimer, Coco’s former business partner, own the company. A long list of celebrities, including Marilyn Monroe, Margot Robbie, Keira Knightley, Kristen Stewart, and many more, has modeled for Chanel as official brand ambassadors.

Mario Prada founded his fashion house in Milan, Italy, in 1913. His youngest granddaughter, Miuccia Prada, now runs the show and is noted for giving the label a distinctive and often eccentric style. This innovative firm, made famous by the film The Devil Wears Prada, is best renowned for its leather purses.

One of the numerous high-priced things available at Prada is the Brandy Top Handle V2 ostrich leather purse, which costs $10,200 and the Hobo bag in Prada’s signature papaya print costs $8,600.

Affluent celebrities and Vogue readers alike crave the world’s priciest fashion labels but can only dream of owning them. If it’s the bottom line that matters, then the companies on this list are the priciest fashion labels in the world, regardless of their status. Some are more wealthy than others, but they all have one thing in common: a drive to create the world’s most glitzy, coveted, and expensive apparel for the stunning models that wear it.

by Tanya Shaw Time to read this article: 13 min

DIY Fashion Tips For Keeping Your Fashion Sense While Away For…

Brands How Can Your Fashion Brand Thrive In A Competitive…
0