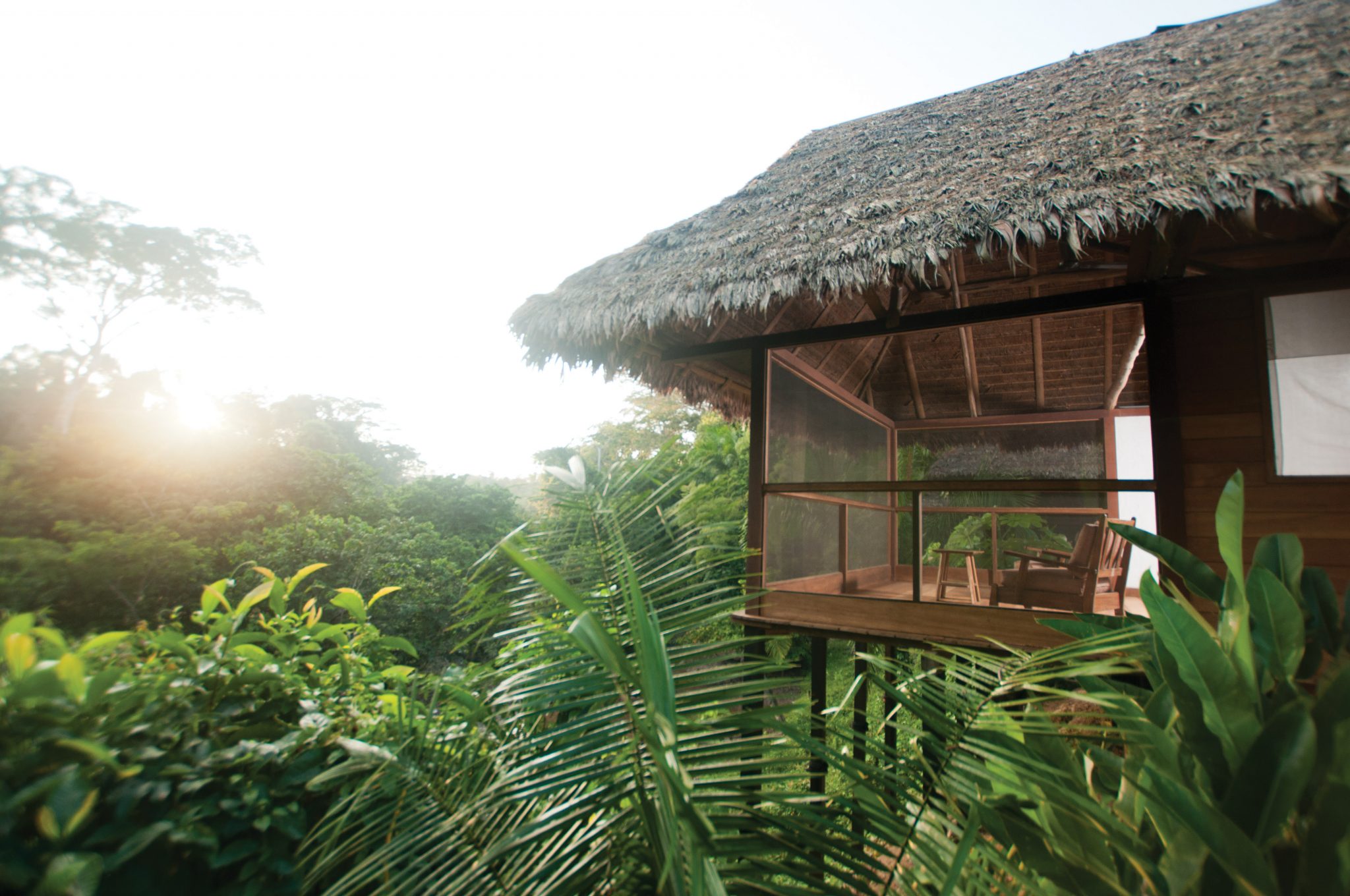 He set out with an axe to clear the space for his first Inkaterra Hotel, the Reserva Amazónica Lodge. After founding Inkaterra, it took a while for the eco-tourism idea to catch on.

Now that it has, Inkaterra is expanding fast with seven lodges located at Peru’s most popular spots. Visit the Amazon rainforest, the Machu Picchu cloud forest, the Sacred Valley of the Incas, and the city of Cusco.

Today, Inkaterra’s non-profit organization, Inkaterra Asociación, aims at conserving Peru’s natural environment as well as cultural and archaeological resources. The man who started it all belongs to the Koechlin family, who arrived in Peru in 1852 from native Alsace. The von Stein grandfather arrived in 1913 as General Consul of Austria. José Koechlin von Stein has been dedicated to developing eco-friendly tourism in Peru for over 40 years now. He has served on and chaired numerous conservation boards and tourism committees, such as the Peruvian Association of Adventure Travel and Ecotourism, Peru’s National Chamber of Tourism. 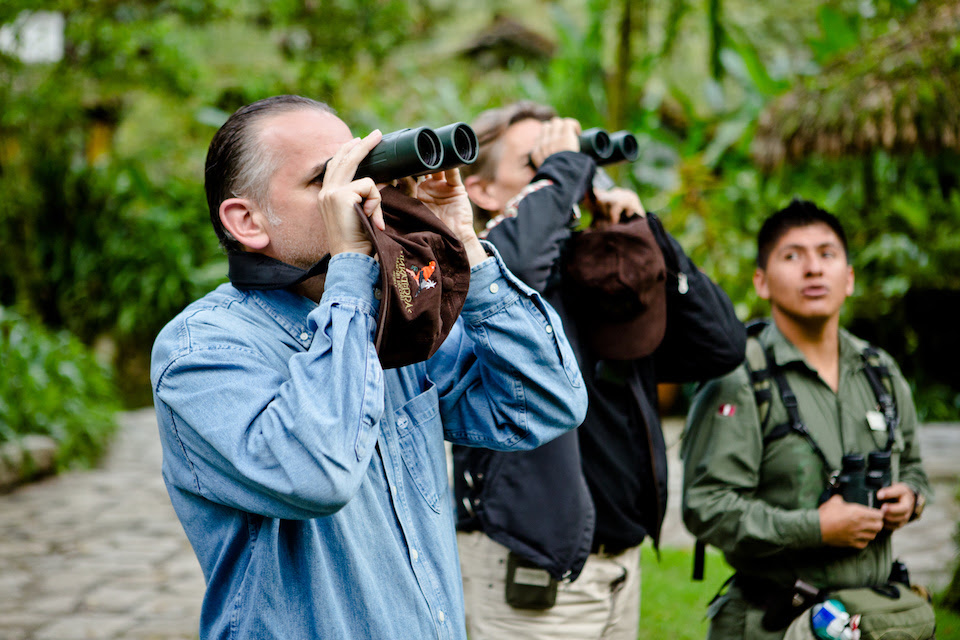 José was also the founding chairman of the Sustainable Development Committee at the National Confederation of Private Enterprise (CONFIEP). Focusing on growing the value of Peru as a tourist destination and conserving its natural beauty, his vision is that environmentally responsible travel. Sustaining the industry in Peru and generating a positive impact on the environment remains his vision.

The Name Koechlin Is Also Well Known Within the Film Industry

You might recognize the name José Koechlin von Stein from a different side career. He co-produced Werner Herzog’s classic films Aguirre, The Wrath of God (1972), Fitzcarraldo (1982), and Les Blank’s documentary Burden of Dreams (1982).

Both had formed a friendship during the filming of Aguirre, The Wrath of God. The film narrates the misadventures of Lope de Aguirre, a traitor to the Spanish crown who sets out to find El Dorado. So, when Koechlin visited Herzog in Munich to tell him the story about the Peruvian Carlos Fermín Fitzcarrald, Herzog was on board almost instantly and Fitzcarraldo was born. It took four years, from 1978 to 1982, to film and produce the movie. Later it would win Herzog the award for best director at the Cannes Film Festival.

The film explores the story of a robber baron. He must build a ship in the Amazon rainforest and carry it from one river to another over a hill. According to Koechlin, the most effective medium to publicize a destination is film. This makes it the perfect way to help his cause to educate the world about Peru.

Peru is a large, uncompromising territory. Divided into areas of jungle, mountain, and desert, few rolling plains lie in between. In addition to the ancient indigenous culture and nature, it is rich with wildlife and scenery. It also contains, arguably, the best food in Latin America. To find such an unspoiled but still beautiful and civilized country is a rarity. 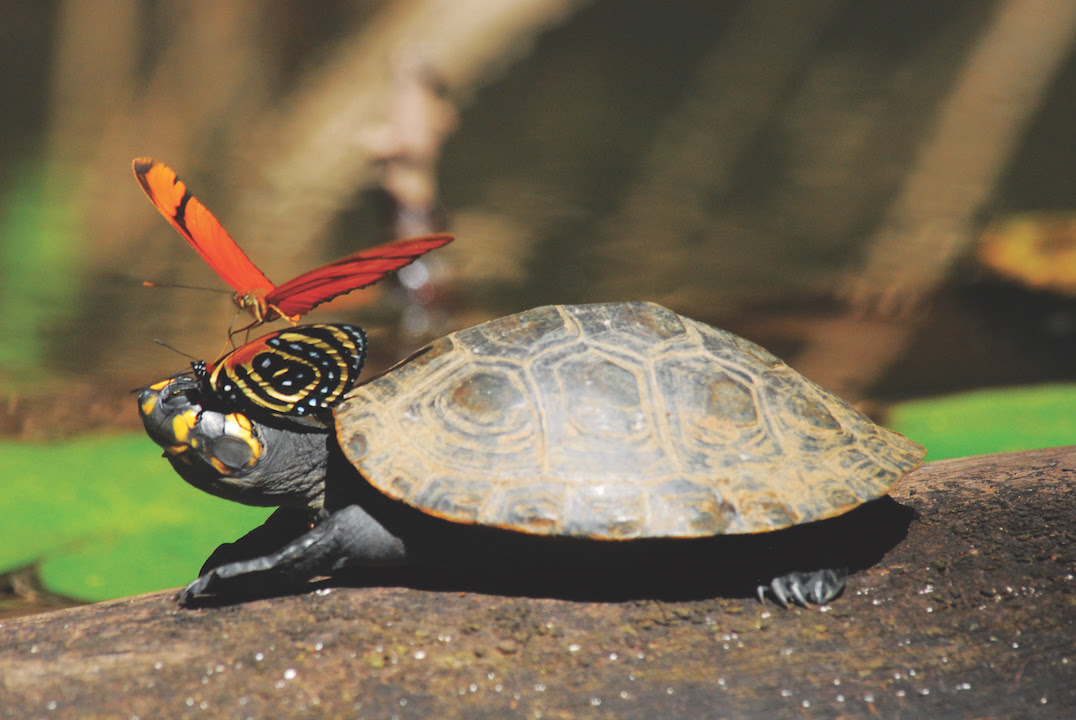 This is the country José Koechlin von Stein dedicated his life to preserving. He is almost a modern-day Noah, saving species from going extinct. Sponsoring major explorations of flora and fauna in the Amazon basin, the result is an inventory of more ant species at Inkaterra Reserva Amazónica than anywhere else in the world. He also helped to create the world’s largest Orchidarium. 372 native species in their natural habitat at Inkaterra Machu Picchu Pueblo Hotel as confirmed by the American Orchid Society. His sponsorship of multiple ecological publications led to the discovery of fourteen new species to science on the Inkaterra properties.

Only a short flight from Cusco lies the rainforest lodge, Inkaterra Reserva Amazónica, at the border of the Tambopata National Reserve. Known as the “Biodiversity Captial of Peru” Koechlin built his first hotel in this area.  Two-thirds of all known plant and animal species grow and live here.

Guests explore the rainforest on a number of existing land and river tours. With limited electricity, guests live in one of thirty-five thatch-roof cabañas, in the style of indigenous Ese Ejja people. Each connects to the rest of the property by winding tree-trunk boardwalks. The award-winning eco-lodge has been the ecotourism pioneer for more than forty years, promoting the sustainable use of the Southern Peruvian Rainforest. 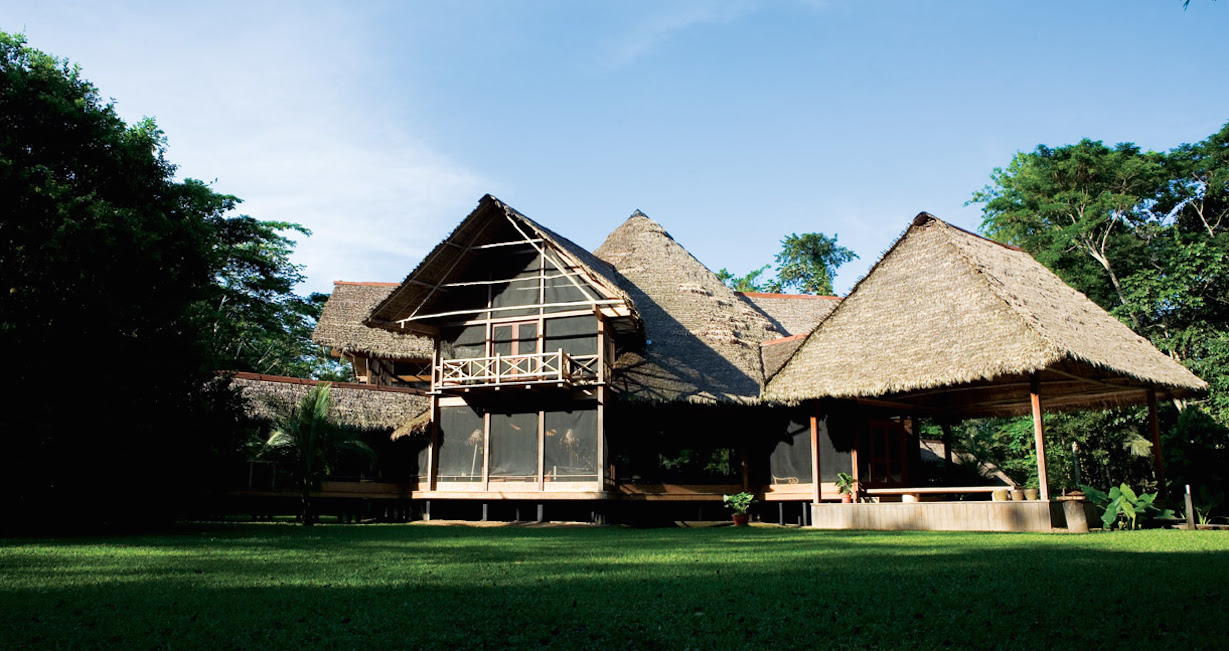 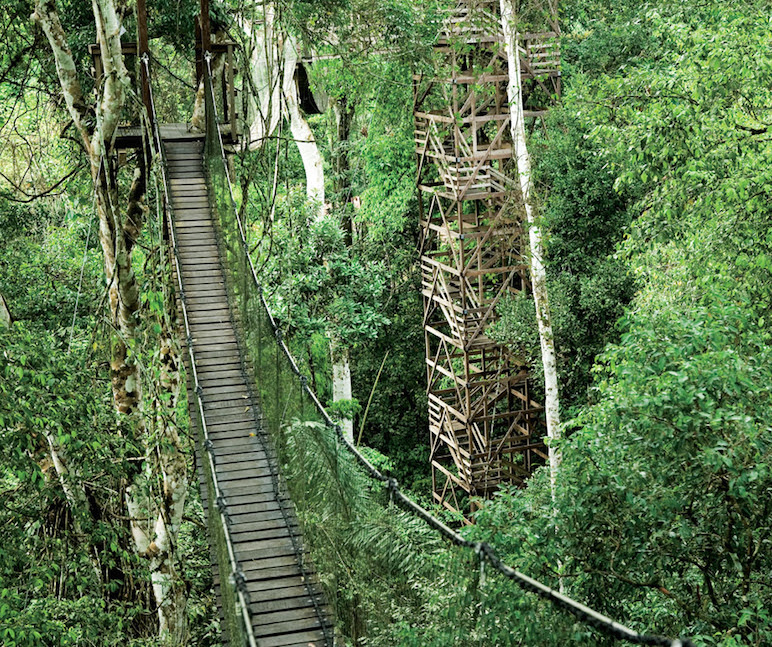 The Orchid Wonderland & the Secret Valley of the Incas

Inkaterra Machu Picchu Pueblo Hotel is located on a private five-hectare mountainside reserve at the foot of Machu Picchu Mountain. The land Koechlin bought was used partly for the lodge, as well as to reclaim the cloud forest around the hotel, and he also donated eleven acres to build a school, train station, market, stadium and houses. Called “The Garden of Eden,”  it contains ecological trails and numerous observation spots for birds and butterflies. 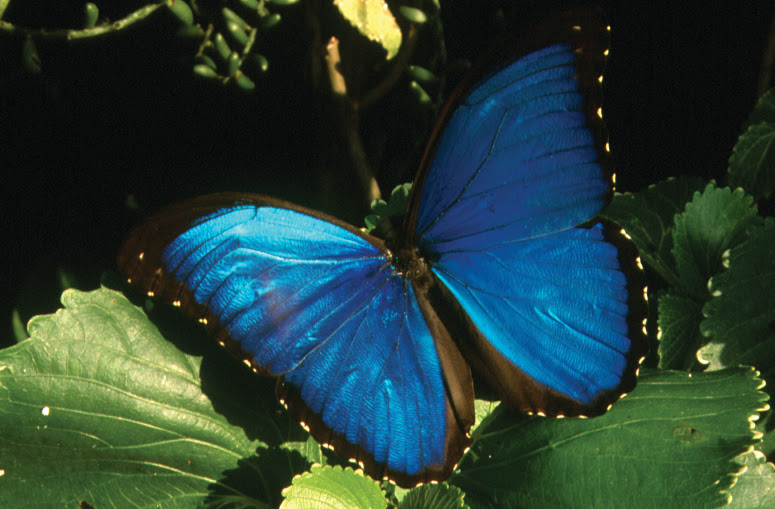 The incredible variety of flora, especially the 372 vibrant native orchid species in their natural habitat, can be seen on special orchid walks. The most recent addition to the Inkaterra Hotels, the Inkaterra Hacienda Urubamba, located between historical Cusco and Ollantaytambo in the Sacred Valley of the Incas. This makes it the ideal stop for travelers to acclimatize before journeying to Machu Picchu. The Valley offers the opportunity to explore the secrets of the Incas and the vibrant traditions of their descendants.

by Samantha Hugar Time to read this article: 12 min 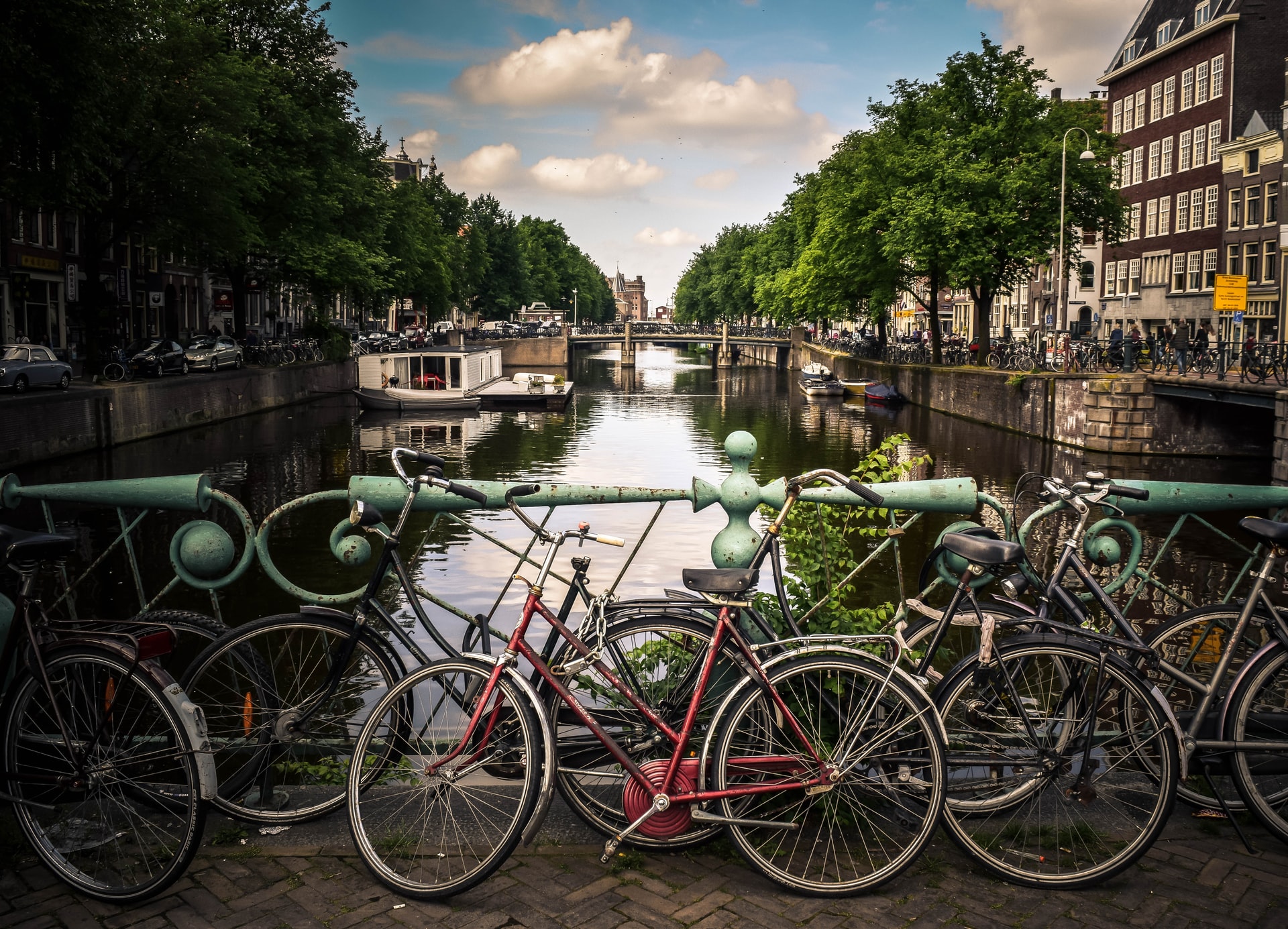